Jay-Z is unanimously considered one of the best rappers of all time. Since the mid-90s, he has put out 13 solo albums that have defined the music of our generation. Today we will be ranking these records from worst to best, enjoy! 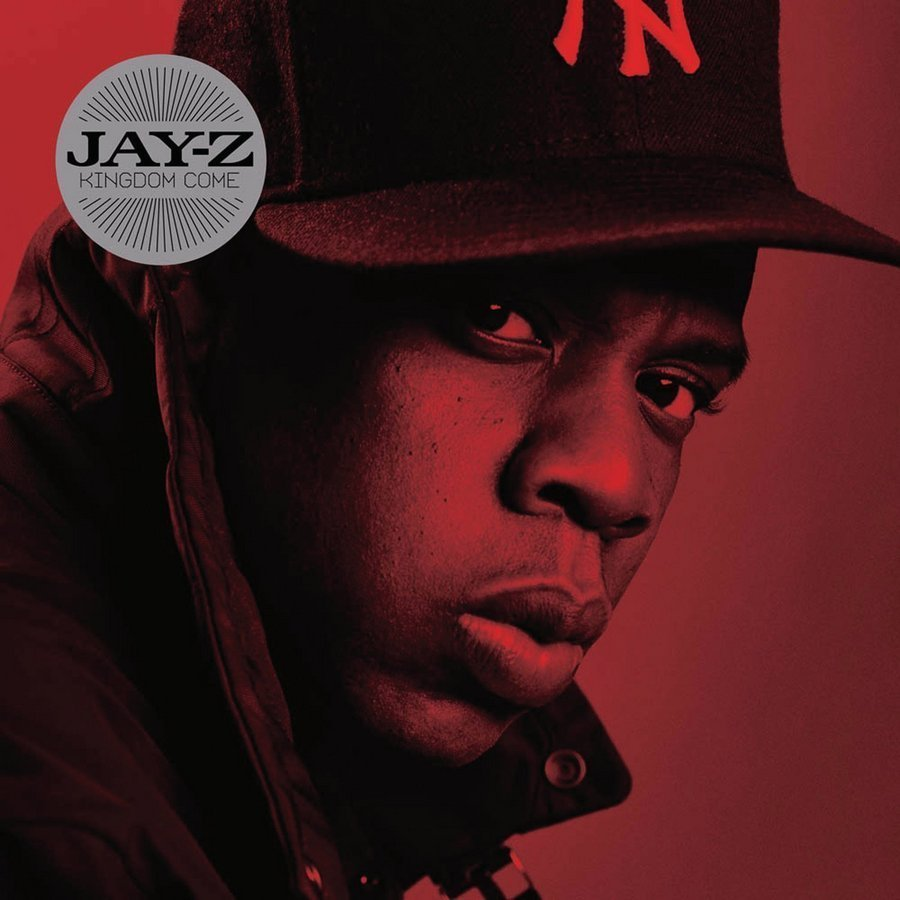 After a three year hiatus, Kingdom Come was set to be Jay-Z’s magnificent return album, and to everyone’s surprise, it flopped. While standouts like “Show Me What You Got” and “Lost One”, remain as some of Hov’s best songs to date, the rest of the tracklist suffers from playing it to safe or being straight out boring. While not as bad as Eminem or Lil Wayne’s worst records, Kingdom Come is still nothing to write home about. 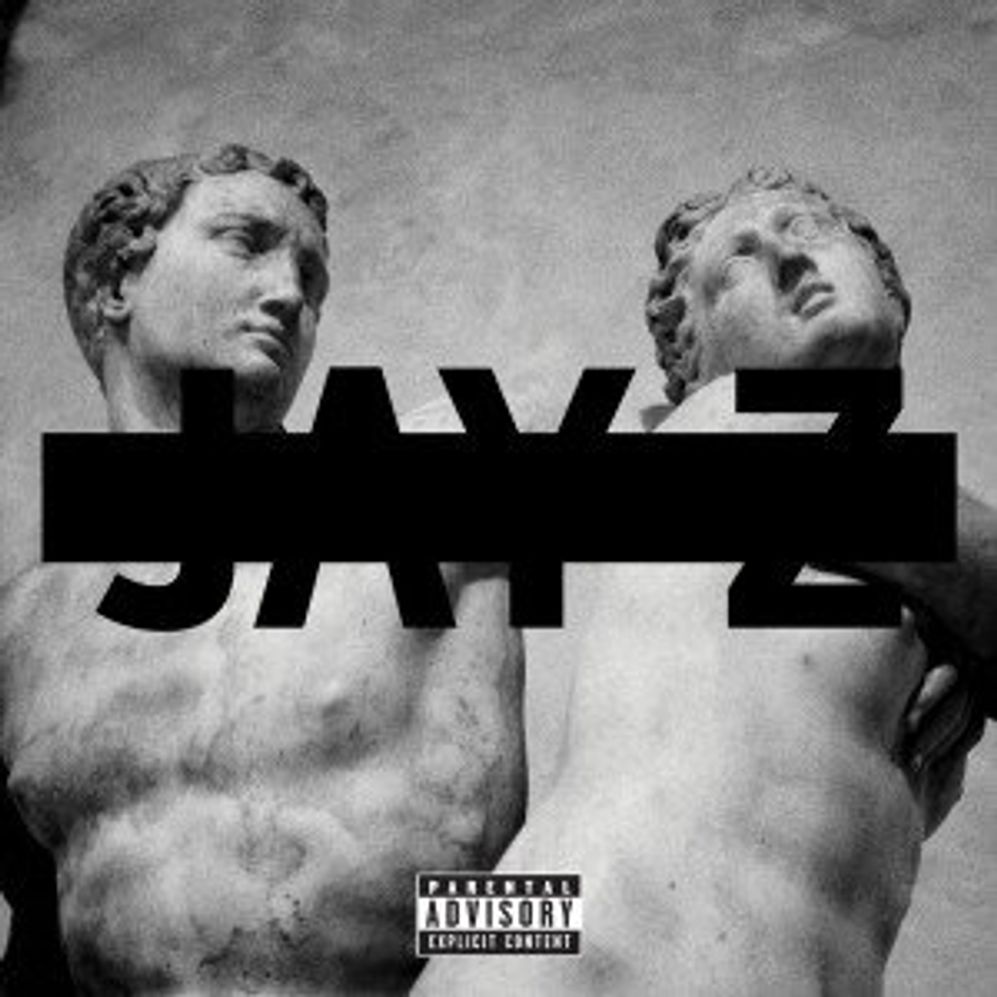 With the smash hit single “Holy Grail” featuring Justin Timberlake taking over the globe, Jay-Z’s 12th studio album sold 528,000 copies in its first week and went platinum in less than a month. Despite its commercial success, Magna Carta… Holy Grail received mixed critical reception due to the visible wear and tear on Jay-Z. For the first time in his career, many questioned Jay’s ability as an MC due to his spotty lyricism and questionable deliveries. The LP’s notable tracks “F*ckwithmeyouknowigotit”, “Oceans”, and “Part II (On The Run)” only glorify these claims as guest performances from Rick Ross, Frank Ocean, and Beyoncé was what made them so revered. 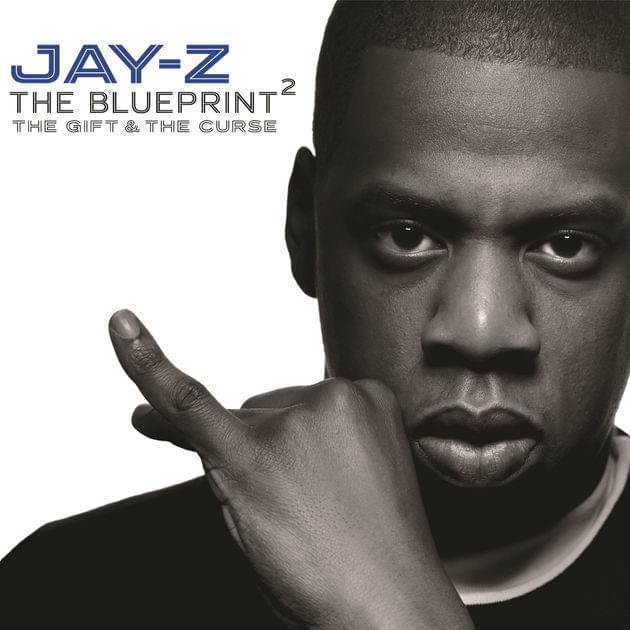 Creating a sequel to any piece of art is nearly improbable, and for Jay-Z’s seventh album, The Blueprint 2: The Gift & The Curse, this standard remained true. While having glorious moments like “A Dream” with Biggie Smalls and “The Watcher 2” with Dr. Dre and Rakim, the 25 song tracklist is way too bland to justify its one hour and 48-minute running time. Fortunately, classic songs like “Hovi Baby”, “Excuse Me Miss”, “03′ Bonnie & Clyde”, and show-stealing features from Big Boi, Killer Mike, Beyoncé, Scarface, Twista, Kanye West, and an array of others keeps this double LP from being a total disaster. 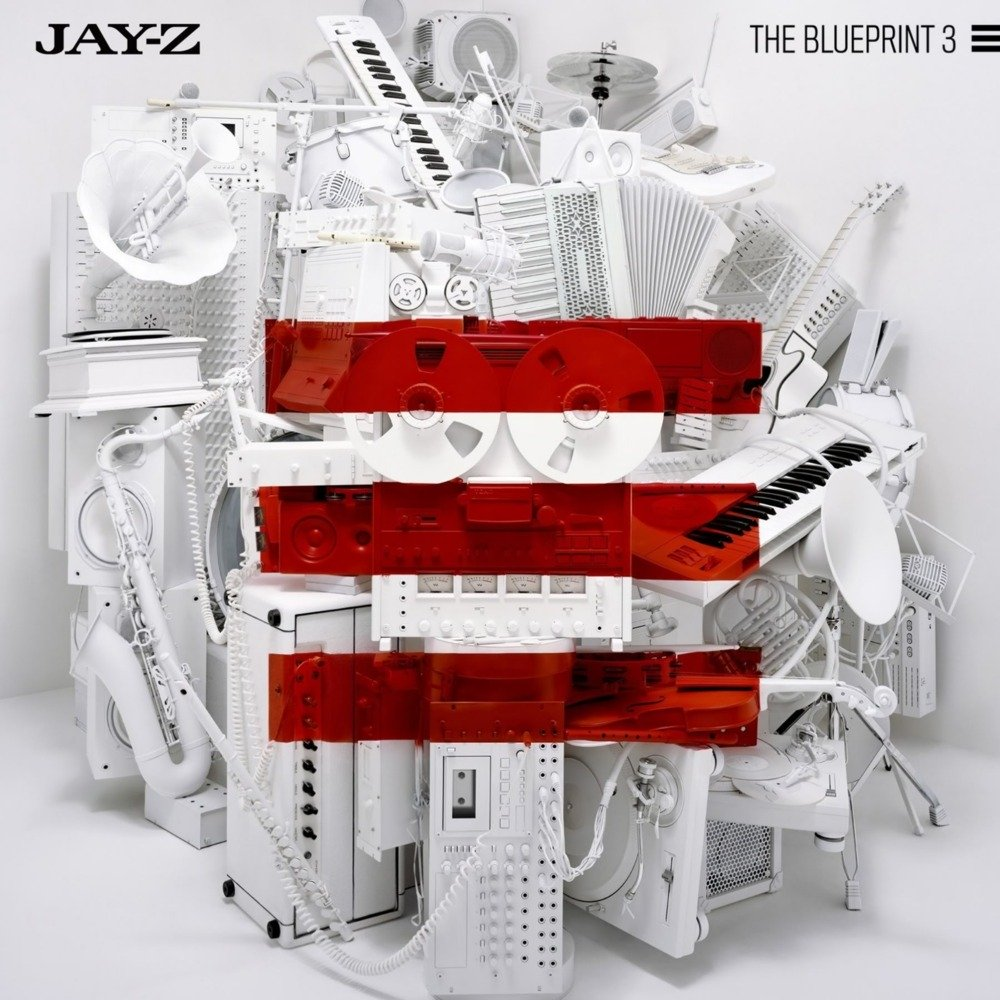 Finishing off the Blueprint trilogy, Jay-Z knew he needed a big finish, and with The Blueprint 3, we got exactly that. Songs like “Empire State Of Mind” with Alicia Keys, “Run This Town” featuring Rihanna and Kanye West, and “Young Forever” with Mr Hudson remain as some of Hov’s biggest hits to date. Below its poppy surface, cuts like “D.O.A.(Death Of Auto-Tune)”, “Thank You”, and “A Star Is Born” rounded out the record into a cohesive experience. On top of this, hearing a young Drake, J Cole, Kid Cudi, and a list of other artists added additional layers and energy to the concise LP. While not being his most groundbreaking project, The Blueprint 3 is at the helm of Jay-Z’s commercial success. 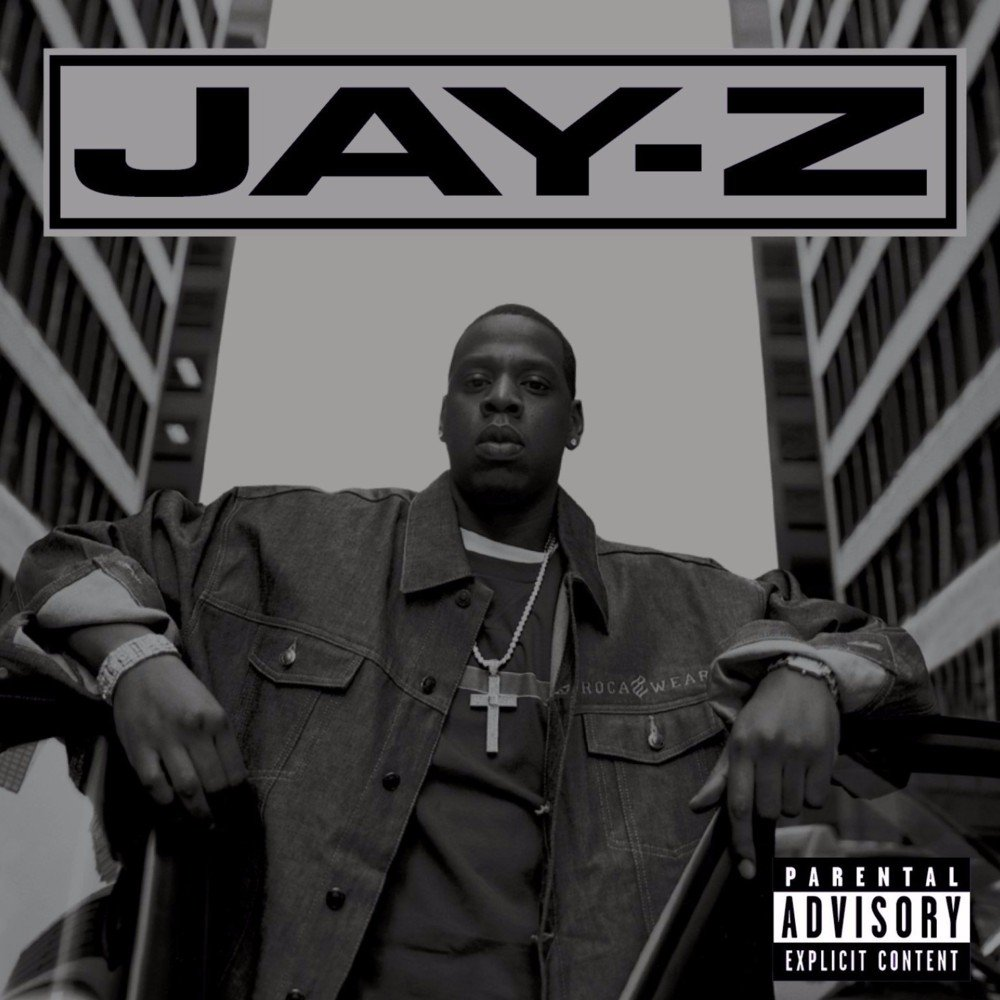 Quickly rising to musical superstardom with the success of Vol.2… Hard Knock Life, the final installment of Jay-Z’s Life trilogy, was intended to be his biggest record yet. Focusing on his newfound wealth and fame, Jay boasts about the luxurious lifestyle he is now exposed to. Teaming up with some of the genres hottest acts in Juvenile on “Snoopy Track” and UGK on “Big Pimpin'”, Vol.3… Life and Times of S. Carter is truly the pinnacle of Hov’s braggadocios side. 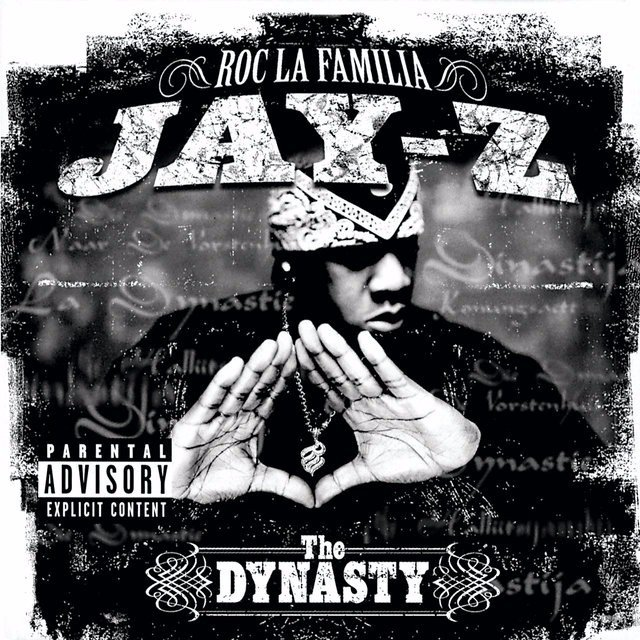 At the turn of the century, a 31-year-old Jay-Z was already an award-winning platinum rapper managing his own label in Roc-A-Fella Records. Doing all this in a short four years, Jay-Z looked to showcase the brand he built on his fifth studio release, The Dynasty: Roc La Familia. With almost every song having a feature, fellow signees Memphis Bleek, Freeway, and Beanie Singel were able to show off their potential while additional guests like Snoop Dogg, Scarface, and Pharrell Williams added to the records star power. More importantly, producers Just Blaze and Kanye West were able to launch their careers with classic tracks like “The Dynasty (Intro)” and “This Can’t Be Life”. 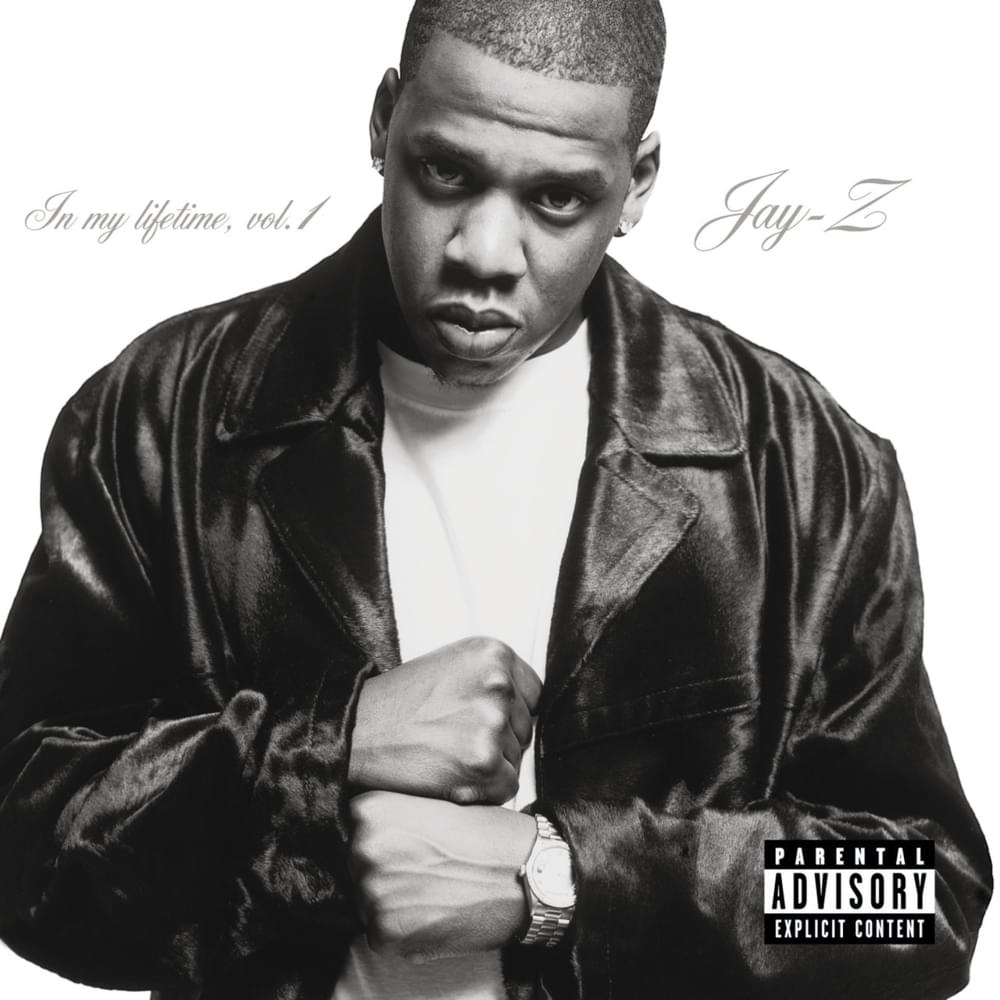 Following up on his critically acclaimed iconic debut, Reasonable Doubt, Jay-Z took an even deeper dive into his roots on In My Lifetime Vol. 1. Staying close to the streets, Jay crafted raw anthems prevalent to the world he grew up in. From talking about the dangers of growing up in the Marcy projects on “Where I’m From” to exposing his rivals on “Imaginary Player”, Jay-Z’s sophomore album is textbook when it comes to perfect world builders. For those worried, this is just a rip off of its predecessor, songs like “Rap Game/Crack Game” and “Wishing on a Star” tie together Sean Carter’s gruesome past with his newfound fame. 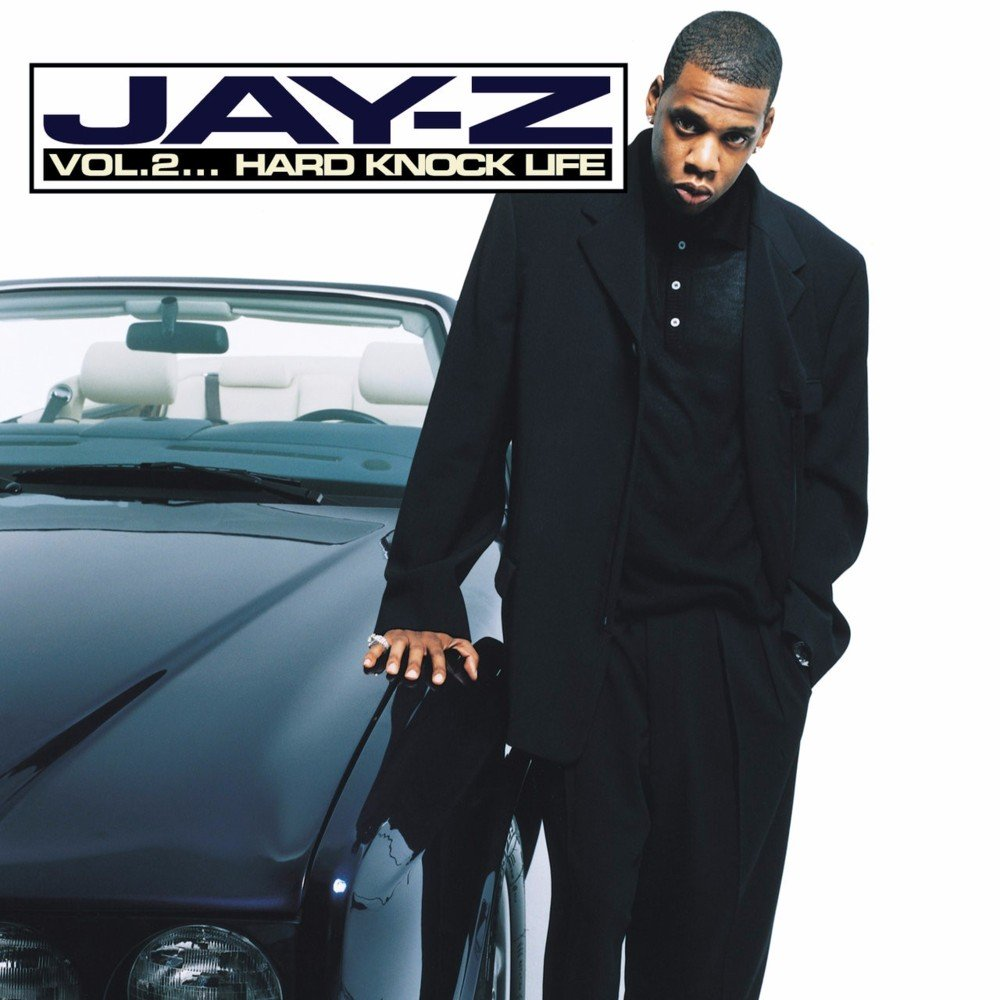 Led by the single “Hard Knock Life (Ghetto Anthem)”, Jay-Z’s third album elevated him to the a-list of hip-hop superstars. Compiling all of his life’s wisdom (at the time) into this 14 track body of work, the record revolves around Jay’s past, present, and future. Whether it’s dissing former drug dealing partner DeHaven Irby on “A Week Ago” or checking his circle’s allegiance on “Ride or Die”, some of Hov’s darkest cuts linger here. Balancing things out, charting hits like “Money, Cash, Hoes” with DMX and “Can I Get A…” with Ja Rule and Amil make it no question why Vol.2… Hard Knock Life is Jay-Z’s highest-selling album to date. 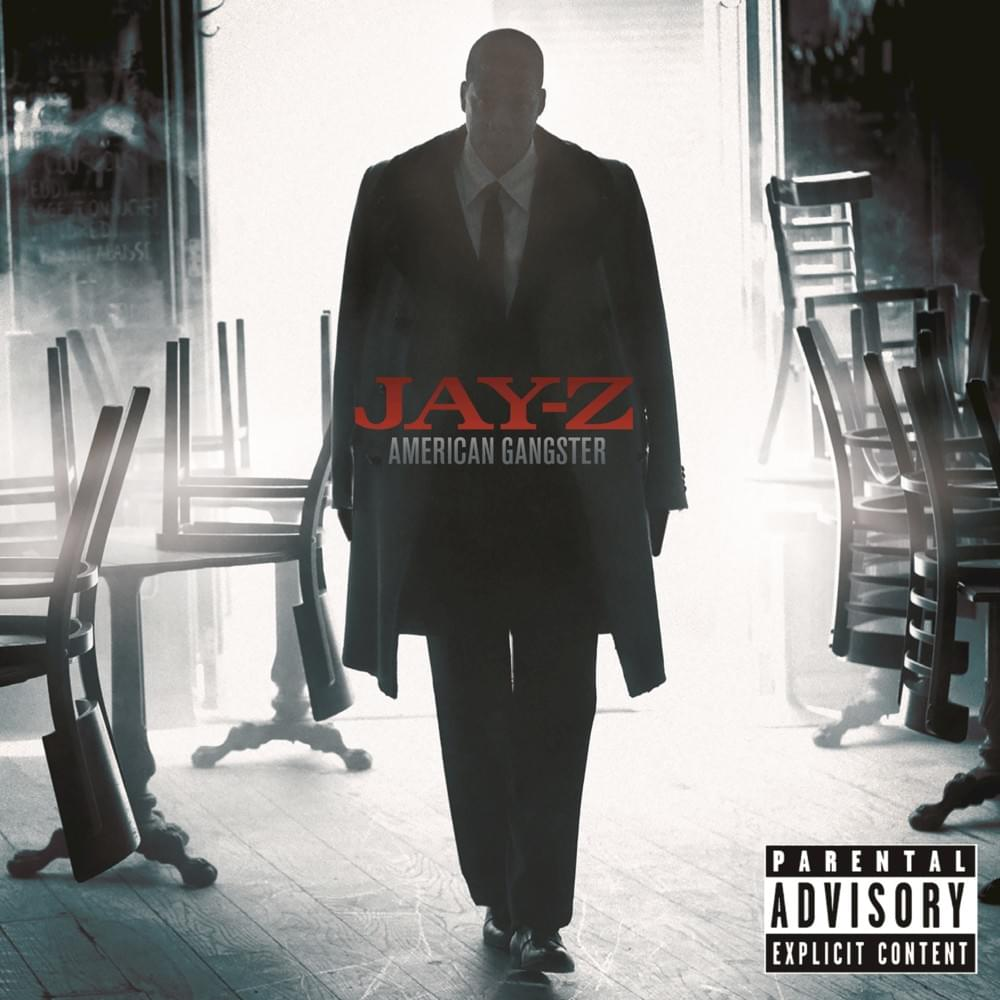 Bouncing back from the disaster of Kingdom Come, 2007s, American Gangster restored the culture’s faith in Jay-Z. Accompanying a Denzel Washington film of the same name, Jay tied together the two experiences with their shared themes of greed, suspense, and pain. Opposed to all of his other records in the 2000s, executive production from Diddy adds some Bad Boy flare to Hov’s catalog. From the mental health cry “No Hook” to the vibrant “I Know” with Pharrell Williams, there is so much versatility within this cohesive body of work. Icing the cake, making amends with arch-rival Nas on “Success” is one of the many iconic moments American Gangster is immortalized in hip-hop royalty for. 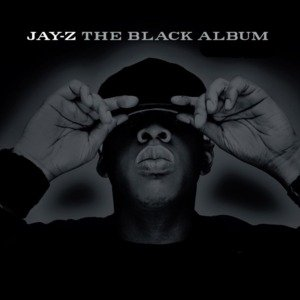 In 2003, Jay-Z announced his retirement would coincide with the release of his eighth and final project, The Black Album. Tying up all loose ends (at the time), Sean Carter looks back at his most defining moments in life. Painting his childhood on “December 4th”, talking about racial injustice on “99 Problems”, alluding to his hometown as the devil on “Lucifer”, and breaking down his intentions as a rapper, man, and icon on “Moment of Clarity” briefly highlight few of the powerful tales told on Hov’s last dance. Making things even sweeter, Jay calls on his most trusted producers (Kanye, Just Blaze, The Neptunes, Timbaland, Rick Rubin, Eminem, etc.) to give him one last beat each to murder. 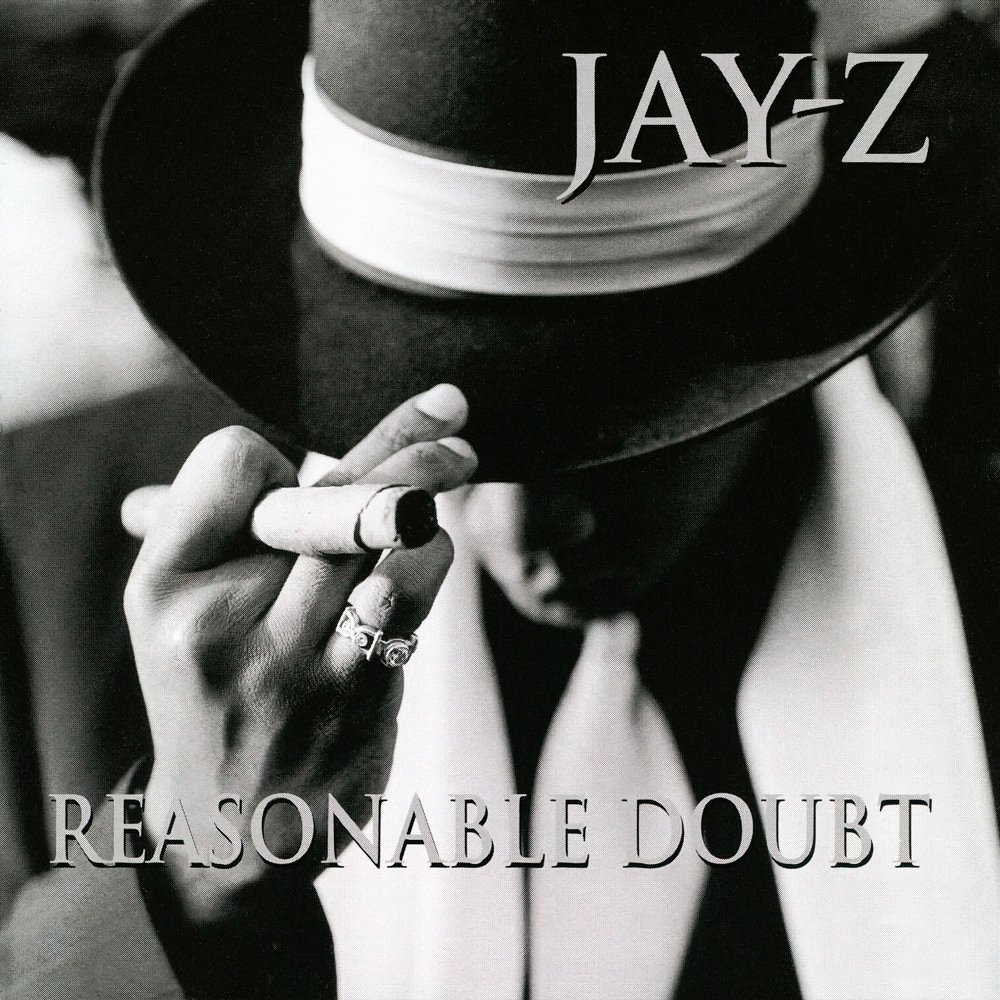 Even 24 years after its release, Reasonable Doubt remains amongst the top of Jay-Z’s discography. Revolving around how selling drugs for nearly his whole life has given Jay-Z a chance to make it out of the hood, the hunger and success in his lyrics, flow, and delivery makes sure this opportunity is captured. Theres so much offered here from the calm yet powerful “Can’t Knock the Hustle” with Mary J. Blige to the gritty “Brooklyn’s Finest”, which features non other than Biggie. While all of these tracks can be broken down and admired for hours, the DJ Premier produced “D’evils” sums up the entire record with the lines “This sh*t is wicked on these mean streets, None of my friends speak, we’re all tryna win, But then again, maybe it’s for the best though”. 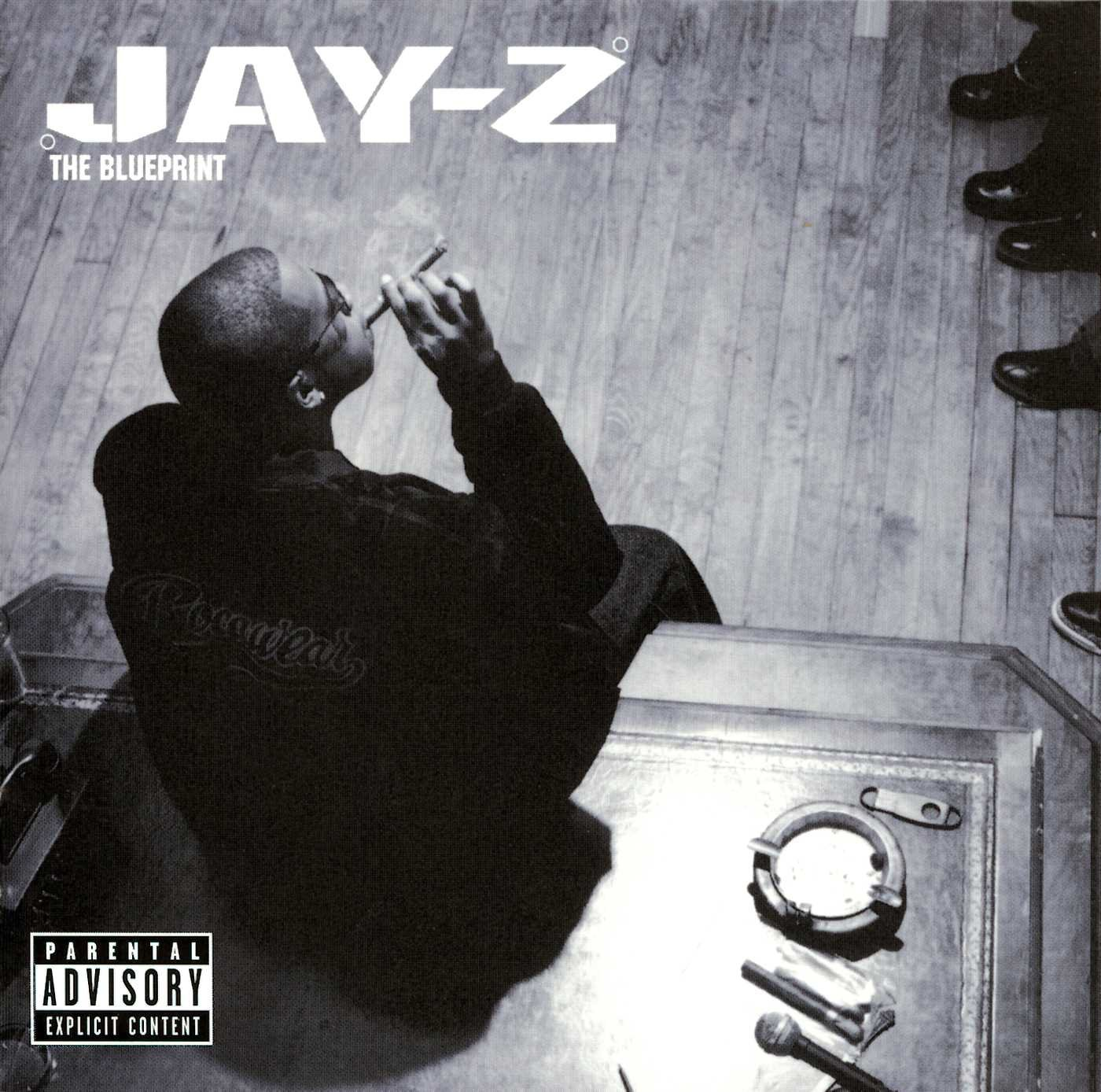 With his icon status at an all-time high, Jay-Z’s ego turns him into his fiercest self on The Blueprint. Mainly produced by Kanye West and Just Blaze, the two’s artistic growth transforms the record as they both became masters of sampling. Topping things off, Jay gives his all as he lays out his 15 lessons of life, which includes defending his throne against Nas and Mobb Deep on “Takeover”, building up his network on”U Don’t Know”, and embracing his faults to become a better man on “Song Cry”. With an album this great coming in at second, it’s a true testament to Jay-Z’s legend status. 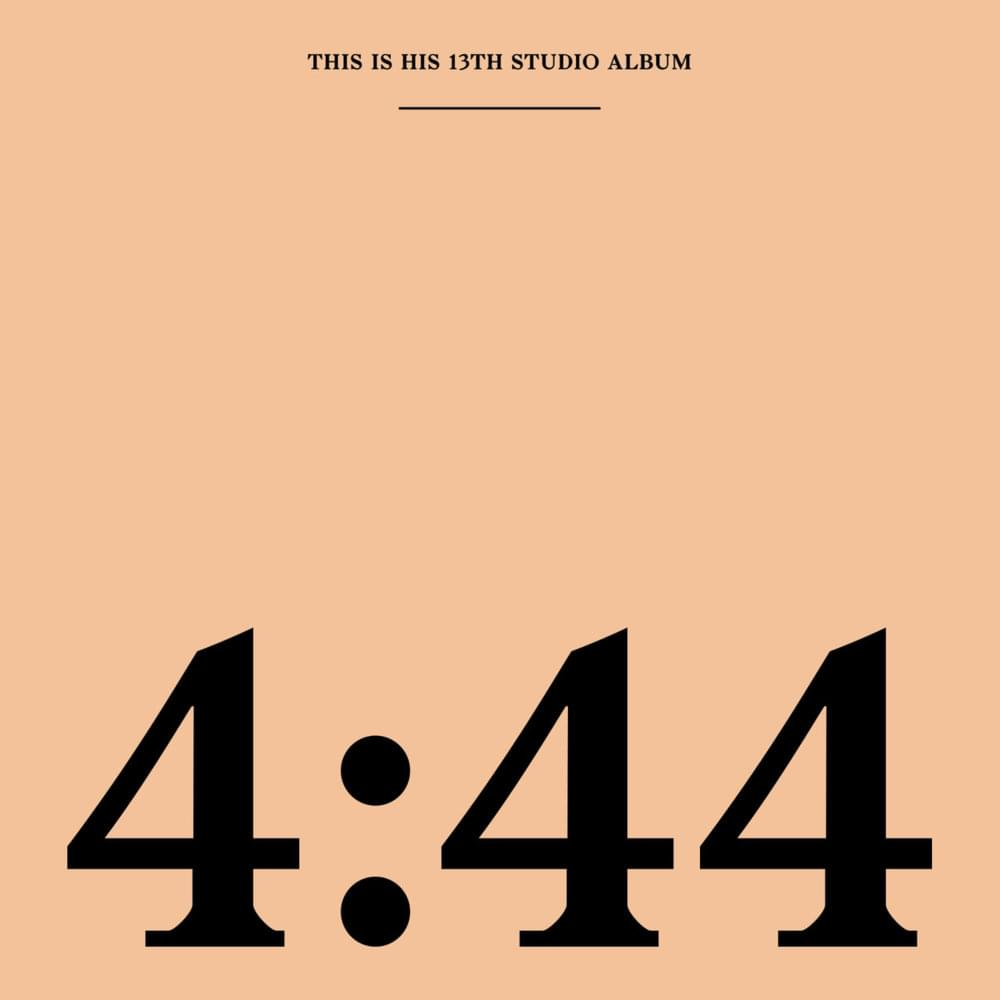 During the most controversial time of his life, Jay-Z responded to his family, haters, and fans with the heartfelt apology of 4:44. Amidst being under fire for allegedly cheating on wife Beyoncè along with a slew of other criticisms, Sean Carter committed the boldest action of his entire career by putting down his ego. Whether he’s letting his demons run loose on “Kill Jay Z”, helping his mother come out on “Smile”, or apologizing to his wife on the self-titled track “4:44”, this is easily the most emotional and conceptually focused record from Hov to date. With No I.D. producing the entire thing, each track takes a vocal sample and chops it into a simple yet effective loop. To summarize, 4:44 isn’t just Jay-Z’s best album, it’s one of hip hops finest due to the daring tale that shows everything it takes to become a true man.

Thanks for reading and let us know what you thought of our rankings on our Instagram page, @fantastic_hiphop!

Written and Ranked By: Mr. Fantastic, owner and founder of Fantastic Hip Hop