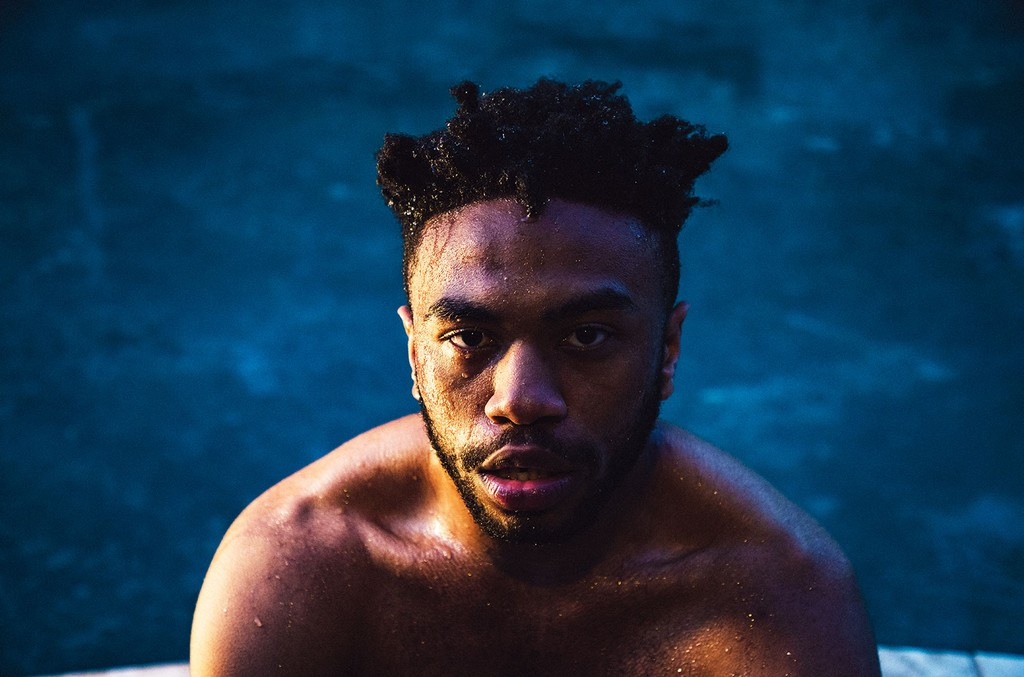 As the frontman of BROCKHAMPTON, Kevin Abstract was the critical piece to their monstrous success at the ladder portion of the decade. Breaking out with his solo album “American Boyfriend: A Suburban Love Story”, and his group’s first full-fledged effort “All-American Trash”, he earned the reputation of the game’s newest rising star. Seizing the moment, the groups 2017 “SATURATION” trilogy would receive wide critical praise. Following the band’s controversial split with star Ameer Vann, Kevin had to take on even more responsibility, which would ultimately result in the creation of their darker 2018 LP “iridescence”. Closing the decade, Abstract had another successful year, which contained BROCKHAMPTON’s solid LP “GINGER” and his praised solo album “Arizona Baby”. Leading hip hop’s most beloved boy band to success over and over again is more than enough for Kevin Abstract to receive his flowers. 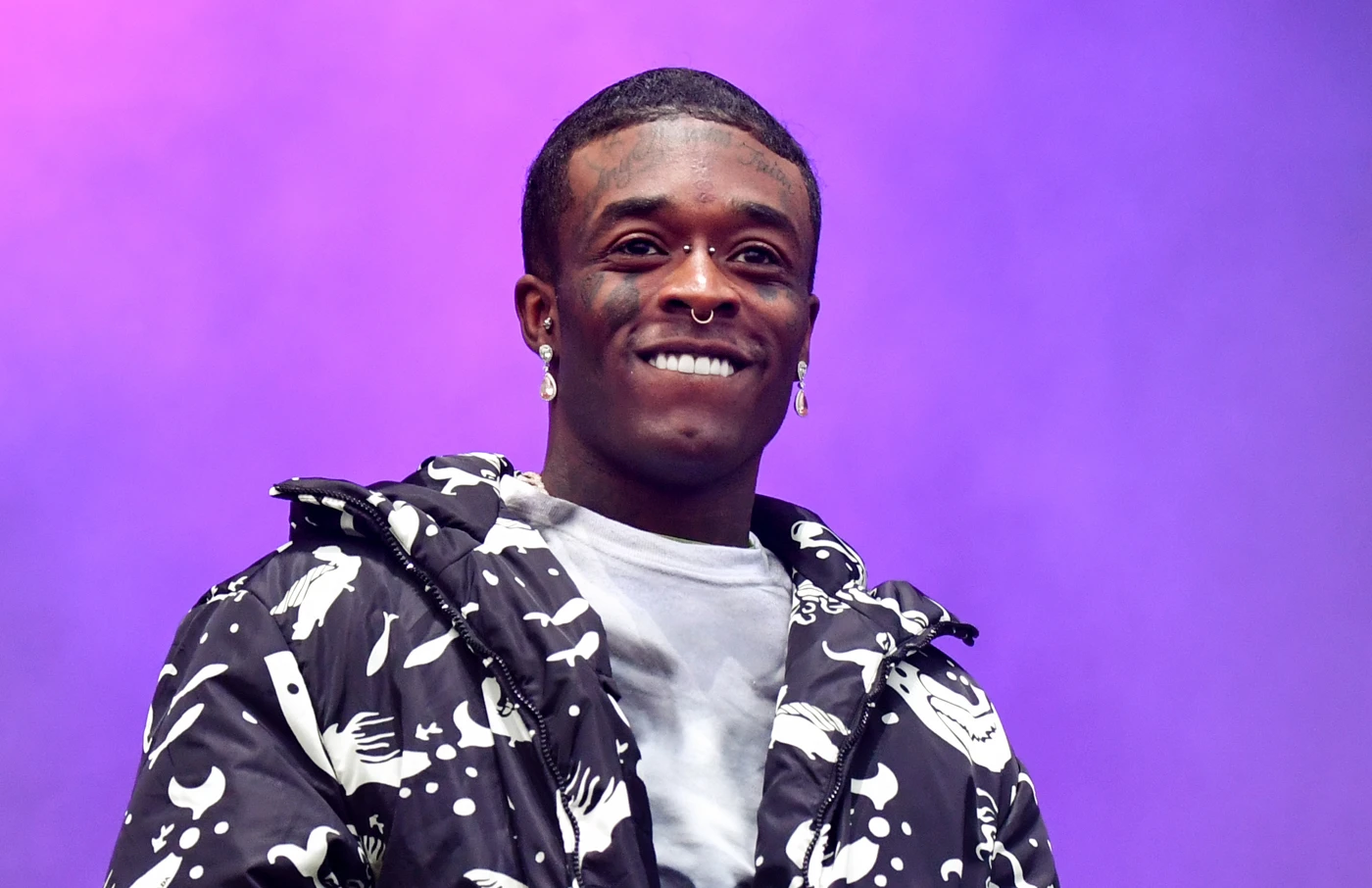 Lil Uzi Vert is a modern rockstar in every sense of the word. Earning the reputation of a certified hitmaker with his albums “Luv Is Rage”, “Lil Uzi Vert Vs. The Word”, and “The Perfect LUV Tape”, the young Philadelphia trapper, became an instant fan favorite. In 2017, Uzi would leave the rap world in shock as he released “Luv Is Rage 2” which had his best bangers to date while also cohesively incorporating some of his most introspective b-side cuts. With a solid discography, loads of hits and a one of a kind sound, theres no doubt why Uzi is here! 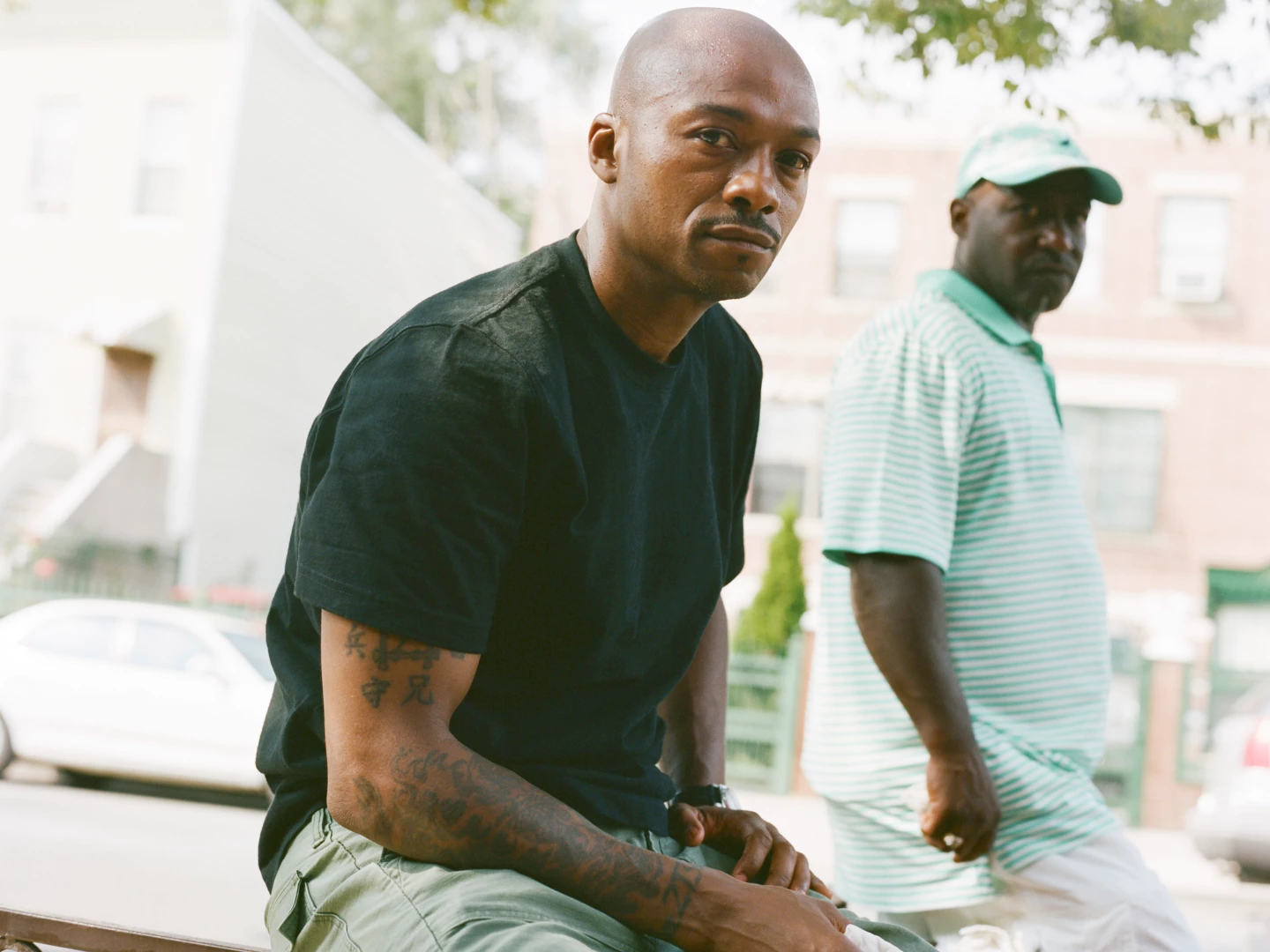 Following his 90s run in the group Natural Elements, KA seemed like he wanted nothing to do with hip hop as he disappeared for over a decade. Surprisingly, he would make a magnificent return with 2011s “Iron Works” and 2012s “Grief Pedigree”. Building on this, 2013s “The Night’s Gambit” elevated the aging MC to new surfaces as he explored an array of dark themes and concepts. After showcasing his alter ego on 2015s “Days With Dr. Yen Lo”, KA would follow it up with his 2016 magnum opus “Honor Killed The Samurai”. Closing out the decade, 2018 would show a new side of the 46-year-old rapper where he would explore his childhood through the lens of Greek mythology on “Orpheus vs. The Sirens”. While lurking in the shadows most of the time, his good discography which is headlined by the classic “Honor Killed The Samurai” makes it seamless for KA’s placement. 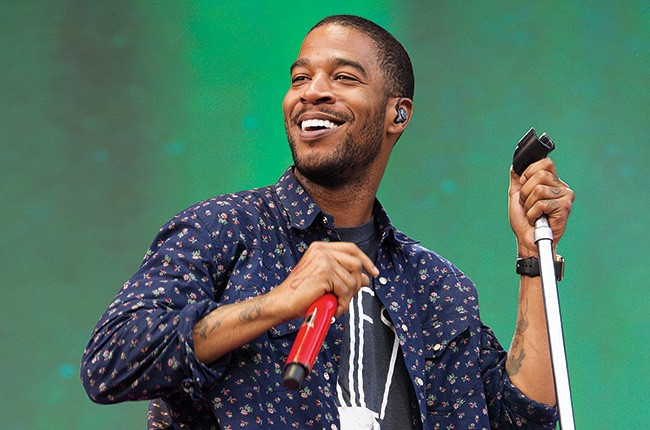 Despite having some low points throughout the years, Kid Cudi had so much to offer hip hop in the 2010s. Carrying over his hot streak from the last decade, “Man On the Moon II” built upon its predecessor’s themes while diving even deeper into the mental torment within Cudi’s mind. After leaving Kanye West’s GOOD Music label, his next project, “Indicud” received mixed reviews due to its lack of cohesion and sonic indecisiveness. Worsening things, 2014s “SATELLITE FLIGHT” was met with even worse reception, which was only followed up by what many consider to be one of the worst albums ever in 2015s “Speedin’ Bullet 2 Heaven”. After hitting his critical and commercial low, Mr. Rager put his soul into creating “Passion, Pain & Demon Slayin”, which fortunately received great reviews due to its psychedelic sound and heartfelt lyrics. After another hiatus due to a mental break down and suicidal thoughts, Kid Cudi would heal his pain alongside best friend Kanye West for their decade-defining collaboration “KIDS SEE GHOSTS”. Despite being one of the most inconsistent rappers on this list, having records like “Man On the Moon II”, “KIDS SEE GHOSTS” and a phenomenal feature catalog, gives Kid Cudi more than enough merit. 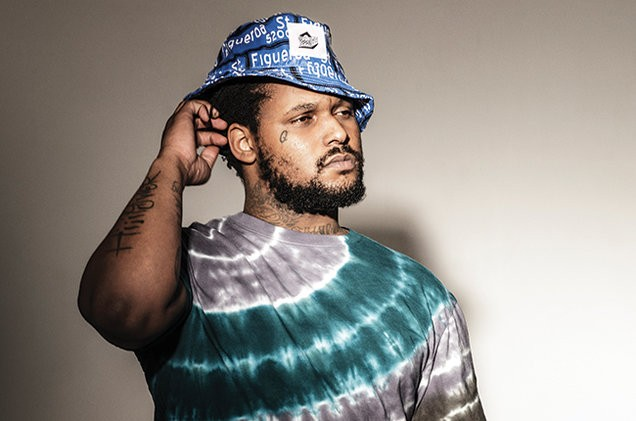 West coast gangster rap stayed alive in the 2010s mainly due to the efforts of ScHoolboy Q. While his 2011 debut, “Setbacks” was solid, Q wouldn’t be recognized as one of the games next starts until his sophomore LP “Habits & Contradictions”. In 2014, ScHoolboy rose to stardom as his album “Oxymoron” received enormous critical and commercial praise. Hits like “Man of the year” and “Collard Greens” are still enjoyed today, while cuts like “Break the Bank” and “F**k LA” remain as some of his best. With the spotlight waiting for his next move, ScHoolboy would shock listeners in 2016 with his terrifying “Blank Face LP”. With an extremely gritty sound, the record wasn’t as commercially appealing, yet most fans consider it his best work to date. After a three year gap, Q would make his final record of the decade titled “CrasH Talk”. With an influence from the modern trap, many were disappointed with the album’s dull sound and bland narrative. Even with a few misses, the abrasive ScHoolboy Q is still one of modern gangster rap’s premier talents. 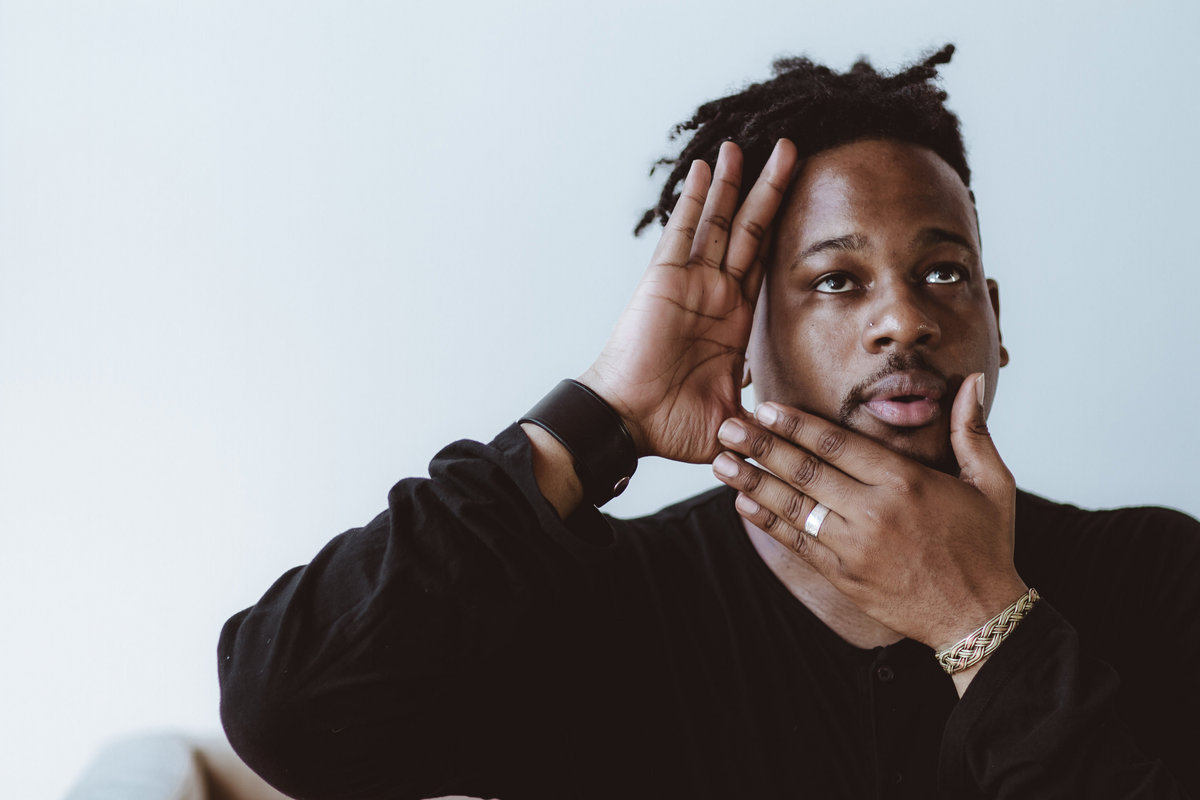 When it comes to abstract hip hop, there’s not many better than Open Mike Eagle. In the early decade, his albums “Unapologetic Art Rap”, “Rappers Will Die of Natural Causes”, and “4NML HSPTL” showed flashes of greatness, but it was clear Open Mike had a lot of room for improvement. In 2014, Eagle would fly to success with his acclaimed “Dark Comedy” LP, which was praised for its introspective lyrics and bold sonic choices. Building on this, his collaboration with multi-instrumentalist Paul White, “Hella Personal Film Festival”, added another substantial addition to his ever-growing catalog. All of this would lead up to 2017, where Open Mike Eagle would release his magnum opus “Brick Body Kids Still Daydream”. Being praised for its conceptually deep story about the corruption of inner-city youth, Mike breaks down our crumbling society over an experimental soundscape. Being personally and socially proficient in his writing while also having an above-average resume is everything that makes Open Mike Eagle so special. 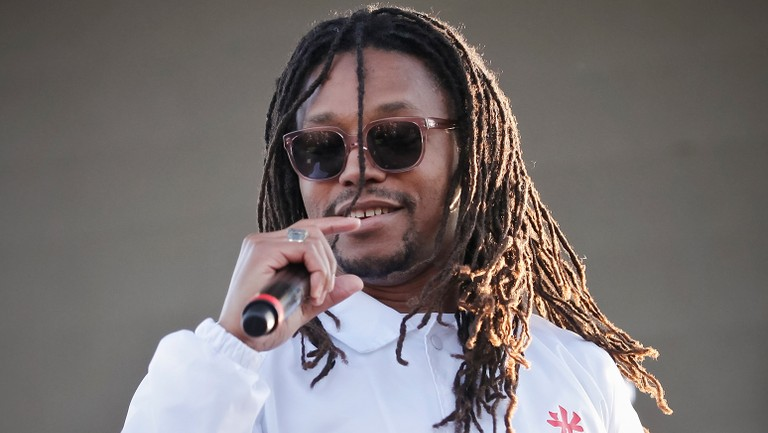 At the start of the decade, fans were waiting for Chicago’s own Lupe Fiasco to release his highly anticipated third studio album. After four years of waiting, he would release “Lasers” in 2011, which was met with hate from both fans and critics. In an attempt to bounce back, Lupe made a sequel to his debut in “Food & Liquor II” which was solid but nowhere near his full potential. After being doubted by most at this point, 2015s “Tetsuo & Youth” left everyone speechless as it was a knowledge filled, lyrically profound, and sonically appealing. In 2017, “DROGAS Light” was average at best, but its sequel “DROGAS WAVE” was a vivid concept album about a group of slaves who escaped their ship and would go on to free others who were imprisoned. Despite his lows, being an amazing lyricist and having the decade-defining releases of “DROGAS WAVE” and “Tetsuo & Youth” hold Lupe Fiasco amongst the 2010s greats. 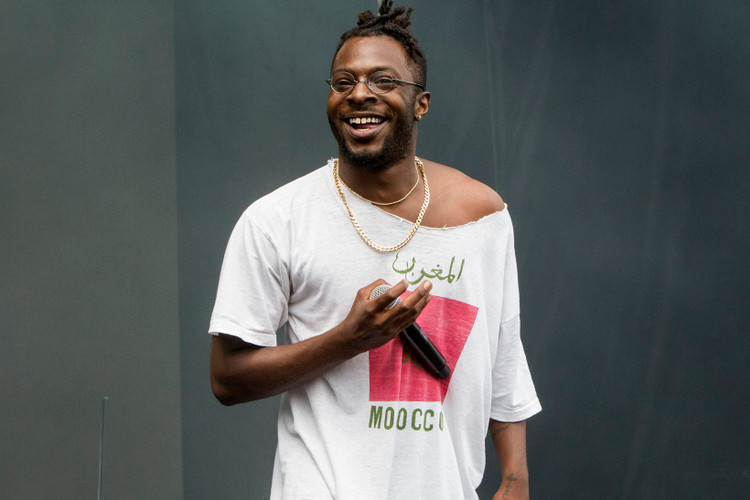 In 2013, Top Dawg Entertainment’s acquirement of a kid named Isaiah Rashad would go on to be one of the most critical moves they would ever make. In 2014, his debut “Cilvia Demo” became instantly loved as his multifaceted style narrated his adolescent struggles in a way never before seen. Following it up two years later, Rashad would release his second album and magnum opus, “The Sun’s Tirade”. With subject matter revolving around substance abuse and depression, Isaiah created a deceiving experience as the records vibrant sound hides his pain. While only having two studio records under his belt, both are so rich in content and production its a no brainer having Isaiah Rashad this high. 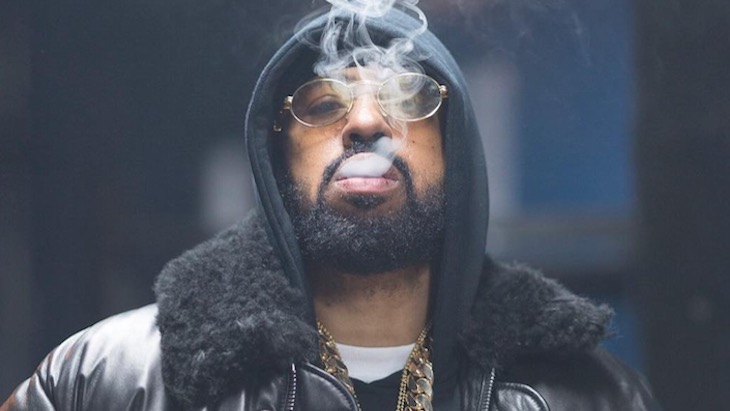 After bouncing around from various groups throughout the 2000s, Roc Marciano ended his dream of being on a hip hop superteam and pursued a solo career in the 2010s. Off the rip, 2010s “Marcberg” became an instant cult classic as its smooth bars, and tense lyricism made Roc stick out from most other MCs at the time. Building on this “Reloaded” and “Marci Beaucoup” added depth to his ever-growing catalog. In 2013, “The Pimpire Strikes Back” would elevate the New York rapper to new heights as its jazzy production and refined lyricism showed him at his peak. After a four year hiatus, Marcy returned in 2017 with “Rosebudd’s Revenge” and would then go on to make three albums in 2018 with “RR2”, “Kaos” and his highly praised “Behold a Dark Horse”. Closing out the decade, 2019s “Marcielago” was a mature effort that tied up loose ends. As you can see, Roc Marciano’s relentless work ethic deemed him the 32nd spot on this list. 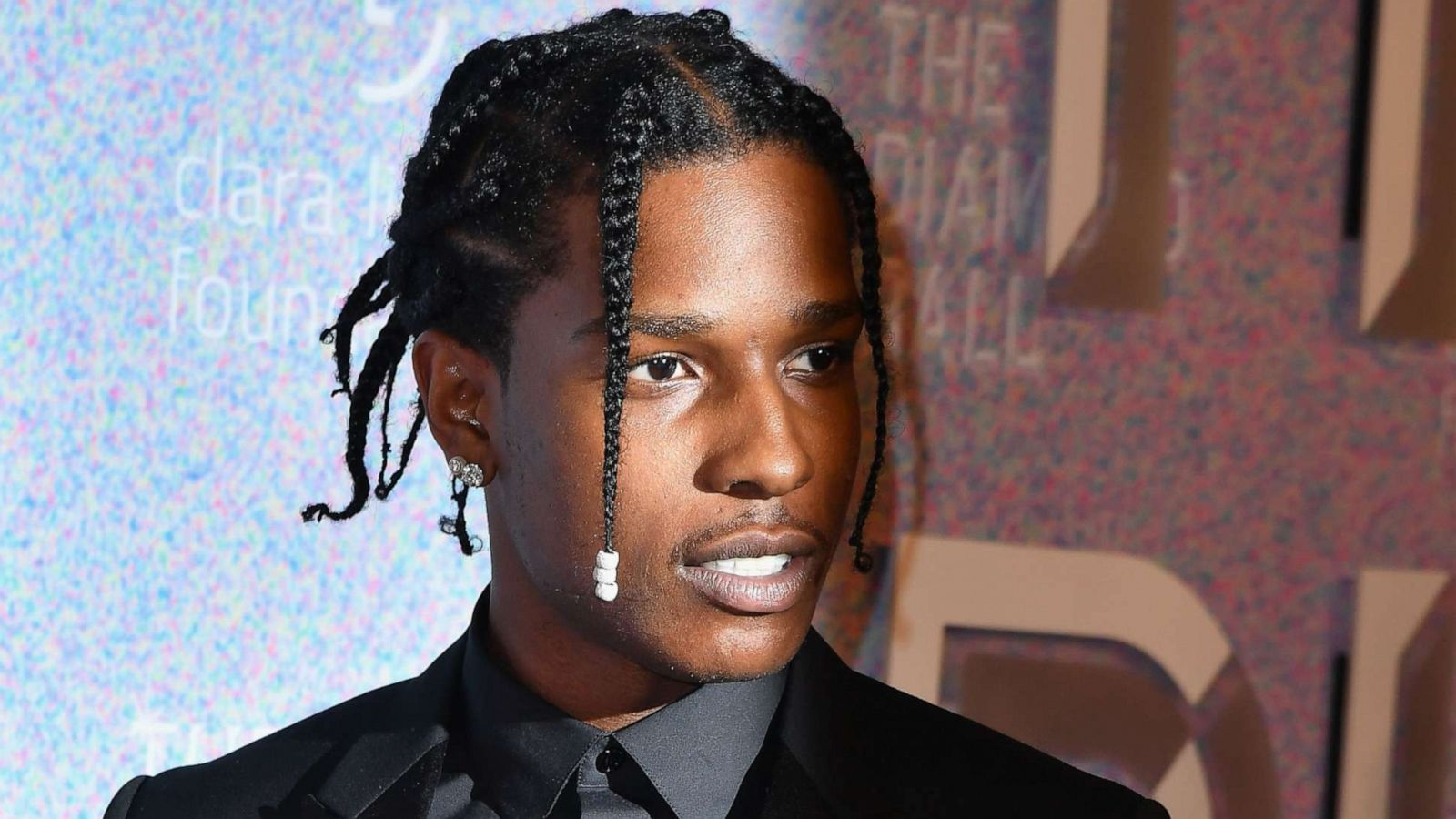 Mixing trap music and top tier lyricism gives us the one of a kind style A$AP Rocky is known for. From his 2011 mixtape, “Live.Love.A$AP”, he was already a natural hitmaker who only needed time to become a well-rounded elite artist. In 2013, his major-label debut, “LONG.LIVE.A$AP” did precisely that as he was able to talk about his rigid past intricately while still being able to turn up like no other. Finishing off this acclaimed trilogy, 2015s “AT.LONG.LAST.A$AP” ties everything together as we see Rocky at his absolute peak creating a sonically diverse telling of his current life and everything addiction and fame has done to him. After creating two solid projects with his group, A$AP Mob, Rocky would make his final album of the decade in 2018s “TESTING”. While not as good as his previous three, it was an experimental leap into a new era for the Harlem rapper.

Make sure to come back for Part 3. Thanks for reading and let us know your thoughts so far by talking to us on Instagram @Fantastic_hiphop!