On his Reddit page, Ghostface Killah announced his new album Supreme Clientele 2 is being executively produced by Kanye West & Mike Dean. He also said we’re getting the album in February of 2022 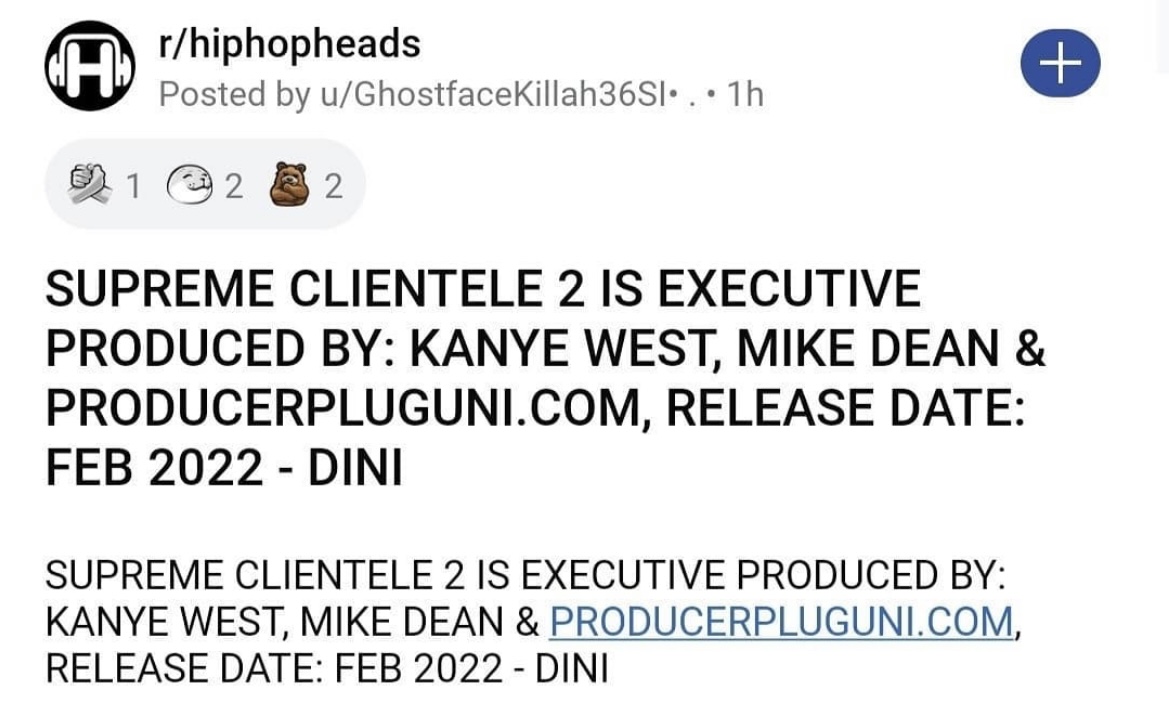 With this huge piece of information dropping, what are your expectations for Supreme Clientele 2? I’m honestly expecting a top 5 album in Ghostface’s catalog at the bare minimum.